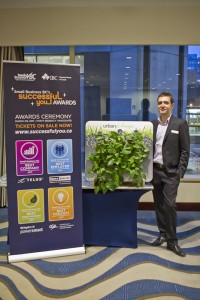 The Successful You Awards ceremony held on March 29th at the Vancouver Hyatt Hotel was a rewarding adventure. The contest itself began in October 2010, when Urban Foliage was nominated for the Best Concept Award 2011 for our unique and innovative Living Frame product – the first of its kind in North America.

The competition was extensive as a few dozen BC businesses were also nominated. Through many subsequent rounds and a rigorous selection process, Urban Foliage was short-listed as one of five finalists (together with  Hapi Foods Group Inc, Hear at Home Ltd, Raudz Regional Table and Ugi Fitness Inc).

Urban Foliage is very happy to have had the opportunity to participate in such an incredible competition. We would like to extend a warm thank you to Bridget Field, and the entire team at Small Business BC, for organizing such a worthwhile event.

And, I personally want to thank everyone who helped Urban Foliage become one of the top 5 new business concepts in BC! 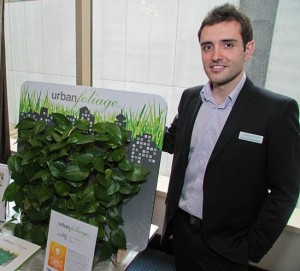